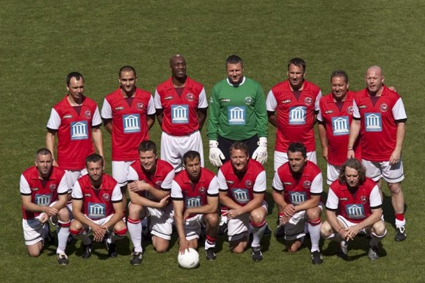 Since 2011, the Sahara Foundation has taken great pride in founding and sponsoring an English football charity day – the SAHARA London Legends Cup.

This fun day out in the name of a good cause sees former premier league English footballers compete with our very own Sahara Foundation.

Legendary former players such as Zola, Paul Merson and Roy Hodgson have participated in the tournament to date.
In 2014 teams from Arsenal, West Ham, Chelsea and Tottenham Hotspurs played for the Sahara GCC cup. All funds raised went to the Bobby Moore Fund, Cancer Research UK and Help For Heroes.